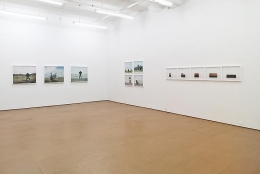 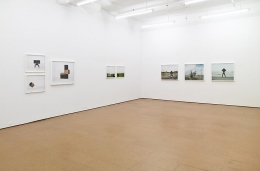 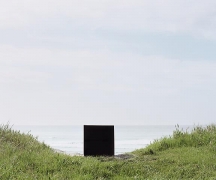 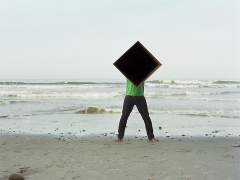 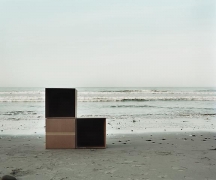 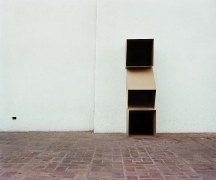 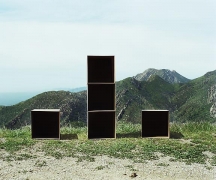 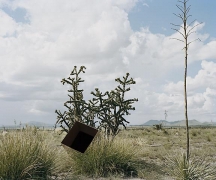 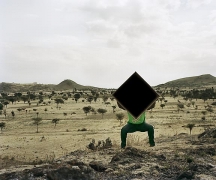 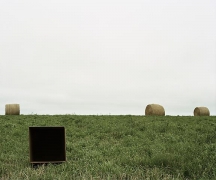 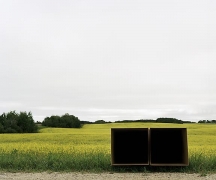 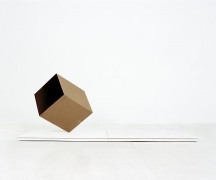 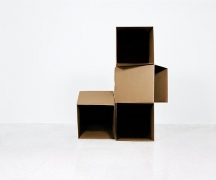 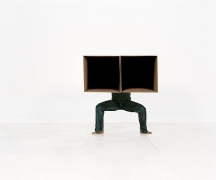 The Dawit L. Petros exhibition brought together photo-based works from Petros’ series, Mahber Shaw'ate (Association of 7). Initiated during the artist's 2009 Studio Museum in Harlem residency, Petros continues this series to explore landscape as a metaphor for identity and diaspora by bringing together his East African heritage with references to Minimalism and Land Art.

On view is a series of photographic tableaux of open cardboard boxes, depicting multiple locations including Marfa, TX; Santa Barbara, CA; Nazareth, Ethiopia; Saskatoon, Canada; and New York. In some instances, horizon lines and sea levels are marked by the geometric arrangements of the sculptural readymade boxes inserted into the landscape; in others, tightly arranged studio enactments denote a serial impulse. The body is a third element in these works, performing for the camera, yet obscured by the repeating form of the cardboard box.

In Mahber Shaw'ate (Association of 7), Petros introduces language as a vehicle for his research on trans-national identity, drawing on personal history across cultural and geographic borders. The arrangements of the boxes in the images as well as in the gallery installation correlate to the East African alphabet script of Petros’ first language, Tigrinya. Modularity and portability are components of language and its adherent codes; so too is nuance and context, which is complicated by Petros’ diverse location choices. In this way, he questions whether geography defines a people, or if people define a place. Petros’ choice of the photographic medium further underscores the reproducibility and portability of language and culture. With this body of work, he challenges expectations about language and location, the body and its voice, memory and site.