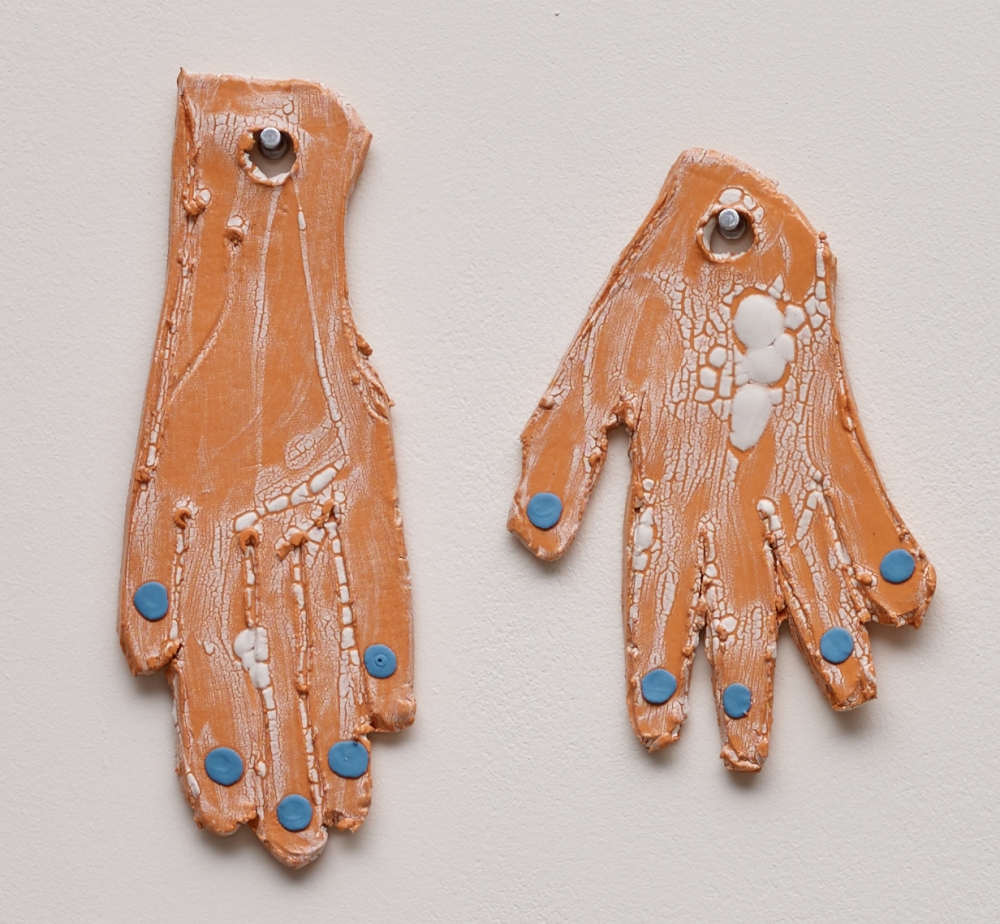 Haystack’s second exhibition of the season  is curated by Kate McNamara and features the work of Polly Apfelbaum.

“The brain-in-the-head has always lagged behind the hands, and even now, when it seems to have overtaken them, the fingers still have to summarize for it the results of their tactile investigations, the shiver that runs across the epidermis when it touches clay, the lacerating sharpness of the graver, the acid biting into the plate, the faint vibration of a piece of paper laid flat, the orography of textures, the crosshatching of fibers, the alphabet of the world in relief.” -Excerpt from Jose Saramago’s The Cave, 2000

Haystack Hands is a site-specific exhibition that brings together New York-based artist Polly Apfelbaum’s 2017 series, My Hands, which consists of 100 pairs of ceramic hands that have never been shown in the US, and the site and community surrounding Haystack Mountain School of Crafts. Haystack Hands evolved from the artist’s ongoing experiments with glazed ceramics. They take their inspiration from the ‘floating hand of God’ in the mosaics of the basilica of Sant’Apollinare Nuovo in Ravenna. Apfelbaum was fascinated by this image of the disembodied hand as the symbol of creation and intervention and used her own hands as a template for these works, creating a relationship to the artist’s touch while also engaging ideas about craft and making within a contemporary field. These hands become reengaged in Deer Isle, Maine as they sit upon painted paper circles radiating the Maine flag colors of blue, brown, red, and yellow. Throughout the duration of the exhibition visitors are invited to draw their own hands.

Accompanying the exhibition is an essay and poster produced by curator Kate McNamara.