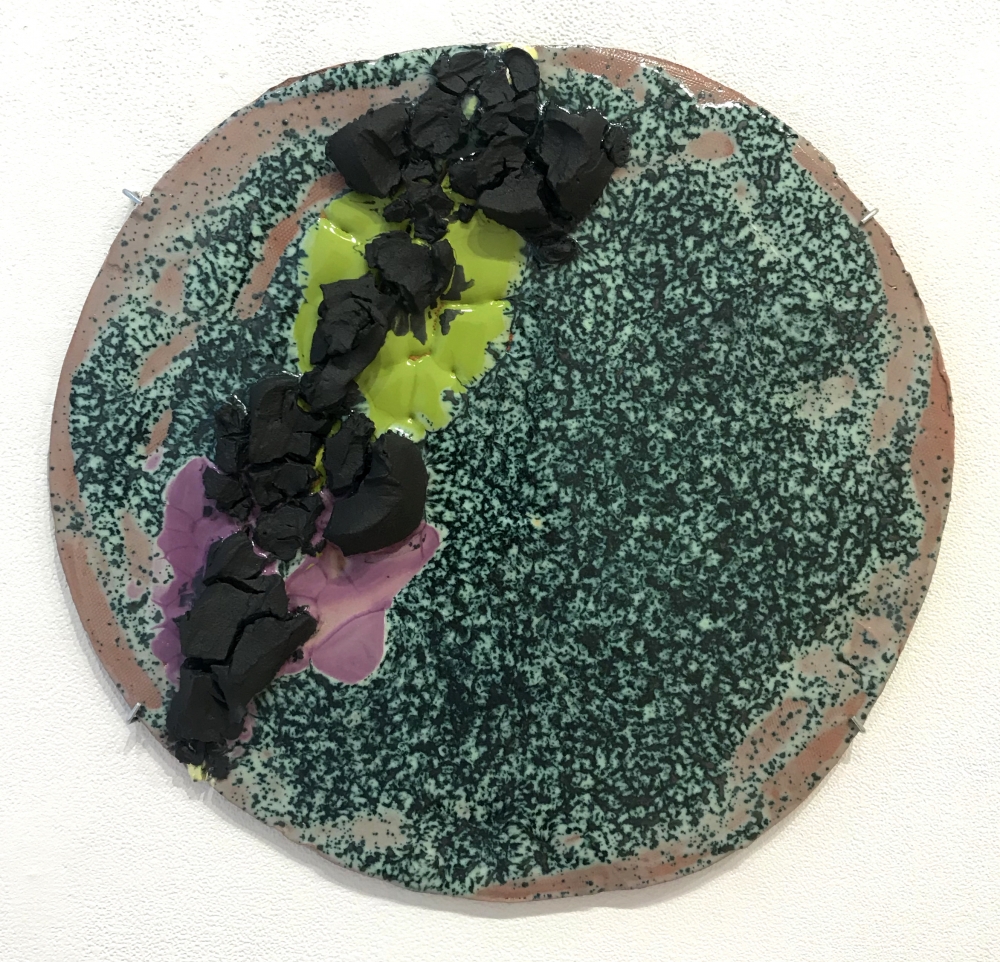 Polly Apfelbaum and Betsy Kaufman have been friends for over thirty years - "Through Thick and Thin," as the title of their collaborative installation at Kerry Schuss suggests.

The exhibition consists of ten abstractions by each artist: a set of ceramic reliefs by Apfelbaum and a series of small paintings on paper by Kaufman. On the gallery walls, ten floor-to-ceiling stripes of varying colors and widths create a unifying context for these works and punctuate a dialogue of formal and psychological sensibilities. While Apfelbaum's roughly round, colorfully glazed "moons" have an organic, impulsive feeling, Kaufman's coolly exacting compositions play inventively with geometric forms and gridded patterns. And while Apfelbaum's works are thick, Kaufman's are thin, a difference that the exhibition's title also alludes to.

What the two artists share is a love of color and belief in the infinite possibilities of abstract image-making. Opening on the eve of the Summer Solstice, the exhibition welcomes the summer season with an infectious mood of aesthetic and spiritual generosity.