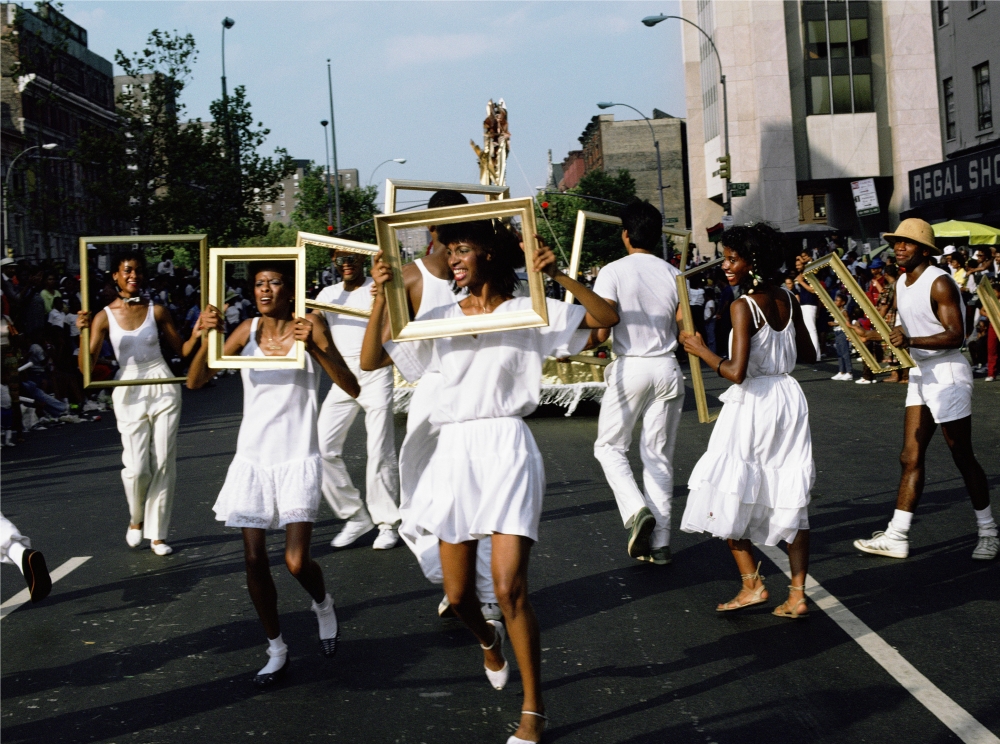 Words are one of the most powerful ways to send a message. Words can be weapons. Words can be a salve. As the culminating installation during the Gracie Mansion residency of Mayor Bill de Blasio and First Lady Chirlane McCray, we grounded the show under a single word: catalyst. In thinking about the roles of artists in our world, catalyst aptly describes the activities of socially-engaged artists, which is to ignite, spark, or provoke significant change or action. Often that call to action takes the form of questioning the status quo, pointing to occurrences of injustice, or offering up new possibilities for how we see and imagine ourselves. In classrooms across the country, school children recite the same six words each morning: “…with liberty and justice for all.” Artists are witnesses to these evolving truths of life, liberty, and justice that we learn from an early age. They hold us accountable to each other as neighbors, as citizens, and as members of a wider collective.

The artworks selected for this final installation ostensibly follow moments of social change and transformation from 1960 to the present, and exist in many forms and media. Signs, posters, placards, newspapers, and even letters all become effective calls for action and reflection for the artists of Catalyst. With language, artists like Jeffery Gibson, Jenny Holzer, Lorna Simpson, and Glenn Ligon encourage us to express anxieties, to wage revolution, and to imagine new futures. Take the I Am A Rainbow Too digital collage by Jeffrey Gibson, in which he employs vivid colors and patterning steeped in Native American and queer cultures, offering messages of survival and affirmation to passersby. Glenn Ligon’s Condition Report draws on the protest signs that Memphis, Tennessee-based sanitation workers bore in 1968, emblazoned with the rallying cry, I Am A Man. Shannon Finnegan’s self-portraits take the form of textual descriptions of situations that interrogate inclusion and differently abled communities, pointing to the complexities with which all bodies navigate the world.

Other artworks highlight the fight for justice and equality, from the civil rights era photography of Gordon Parks, to Diana Davies’ chronicling of LGBTQ+ activism in the 1960s and 1970s. Coming together with Martine Fougeron’s contemporary portraits of everyday trade workers in the South Bronx, visitors will also encounter documentation of Tania Bruguera and Mujeres en Movimiento’s project Cycle News, a service that launched in 2017 to establish a direct line of communication between the city government and immigrant and undocumented communities. Martha Rosler, Teresita Fernández, and Felix Gonzalez-Torres reframe considerations of nationalism, war, and democracy in their collages, drawings, and installations, topics particularly prescient in today’s unpredictable and strained global political climate. Lastly Torkwase Dyson, Devra Freelander, Linda Goode Bryant, and Tattfoo Tan bring forth multivalent conversations about the earth on which we live, the food that we grow and eat, and the happenstance of how our zip codes can produce different and uneven outcomes by virtue of our identities and histories. The archival writings of Robert Rauschenberg say it best: “an artist is a diplomat, a prophet, a poet, and a calendar of nourishment of morality and energy.”