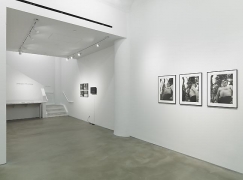 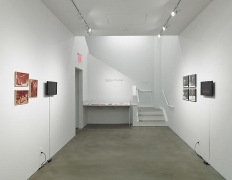 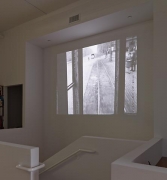 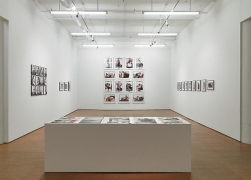 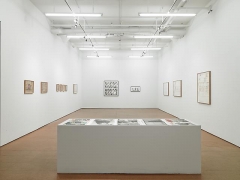 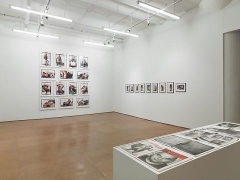 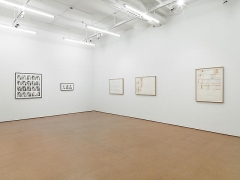 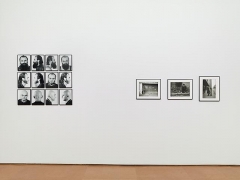 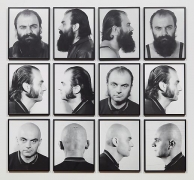 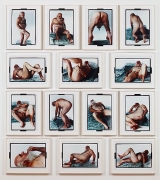 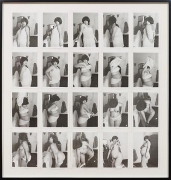 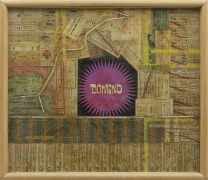 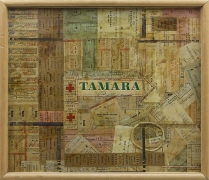 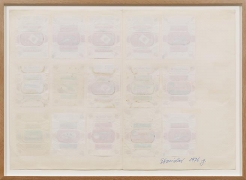 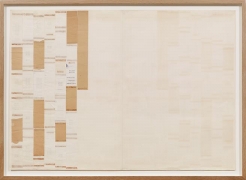 Alexander Gray Associates presented its inaugural exhibition of Tomislav Gotovac (b.1937, Sombor, Kingdom of Yugoslavia, now Serbia – d. 2010, Zagreb, Croatia), featuring works in a variety of media that span five decades; emblematic of his transgression between public and intimate spaces. Gotovac was a multi disciplinary artist, considered the precursor of performance art in Croatia and former Yugoslavia; a pivotal figure in the development of the artistic avant-garde in Eastern Europe during the 1960s and 1970s.

Like his international contemporaries bridging performance and visual art forms, Gotovac approached his body as a readymade in the Duchampian tradition. In the early 1960s he began staging photographs of himself blurring the line between public and personal spheres which continued throughout his career. The work Zagreb I love you! (1981), performed in Zagreb’s city center, expressed Gotovac’s personal affection for his hometown, while publicly serving as an outcry for cultural recognition. Also on view are a series of early collages, including Tamara (1964), which further the artist’s interest in urban life and cinematic editing principles. In these small-scale works, Gotovac accumulated traces of his personal life using objects he culled from shops and restaurants he frequented, including tram and theater tickets; bills; sardine cans; and paper wrappers.

Through his work Gotovac publicly shared his thoughts and life stories. One of the most representative works is Striptease (1976), a series of 20 photographs taken by the artist of his then-pregnant wife Zora as she undressed for the camera. In Rovinj (1975), a series of photographs titled after the Adriatic seaside town where Gotovac spent the summers, the artist appears nude as he poses for his wife’s camera.

Tomislav Gotovac’s artistic vision was strongly influenced by his assiduous lifelong passion for film. Cinema was his temple of knowledge, as well as a mirror in which he saw himself as both actor and viewer, as he aptly proclaimed: "when I open my eyes in the morning, I see a movie.” In the 1960s he directed experimental films that made use of continuous repetition of images to reveal personal stories. Through his cinematic work Gotovac paid tribute to film directors such as Carl Theodor Dreyer, Rudolph Maté, and Jean-Luc Godard. Influenced by structural film, Gotovac created early examples such as Straight Line (1964); this homage to film director George Stevens transformed a short sequence from Stevens’ A Place in The Sun (1951) into the theme for his entire film. The eponymous film Tomislav Gotovac (1996), a 59 second-long sequence, narrates Gotovac’s entire life through a progression of images including personal photographs and documents.

About the curator
Zarko Vijatovic (b.1952), artist, curator, and photographer based in Paris, holds a MA from the Academy of Fine Arts in Zagreb, Croatia. In 1988 he co-founded the group ViGo, along with Tomislav Gotovac, to generate art and ideas. Vijatovic documented Gotovac’s performance work for over 20 years. From 1981 through 1991, Vijatovic was director of Salon Dom JNA Gallery, Zagreb, Croatia. Among his many research projects, he has curated exhibitions on Gorgona Group, Tomislav Gotovac, Julije Knifer, Mangelos, and Josip Vaništa, among others. He recently curated a solo exhibition of the work by Julije Knifer at Mitchell-Innes & Nash, New York.