I Need to Start Seeing a Therapist (2009)
Printing on ceramic

I Am Prepared to Fail (2009)
Printing on ceramic

Judy and Liza Fly to the Moon (2009)
Printing on glass

My Boyfriend Is Very Very Very Patient (2009)
Printing on glass

We Can't All Make Paintings (2009)
Printing on glass

I Don't Want to Make Paintings (2009)
Printing on ceramic 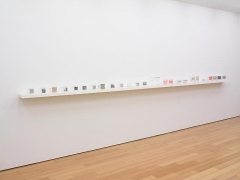 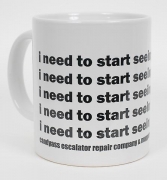 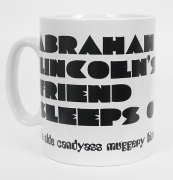 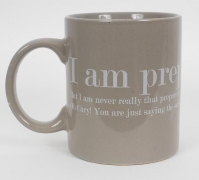 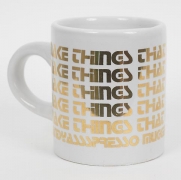 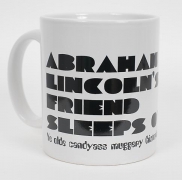 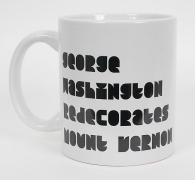 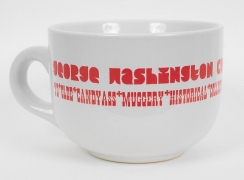 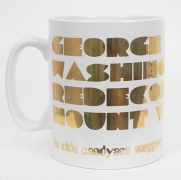 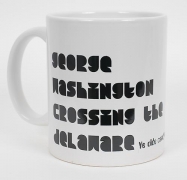 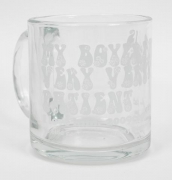 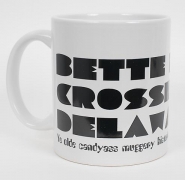 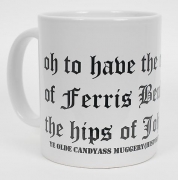 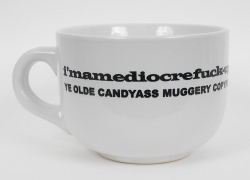 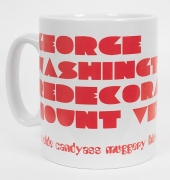 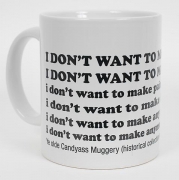 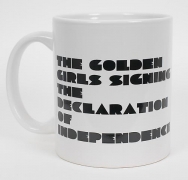 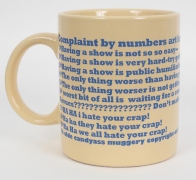 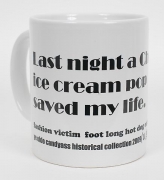 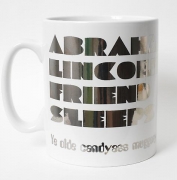 Ye Olde Candyass Muggery, consisted of 28 multiples, taking the form of coffee mugs, wine glasses, espresso cups and highballs. Leibowitz’ mass-produced multiples have been widely collected and anticipated since his first New York exhibition twenty years ago, when he began exhibiting under the moniker Candyass.

Where previous installations have taken a carnival-like atmosphere, Leibowitz’ 2009 installation was more restrained in its design. The exhibition consisted of mugs and other drinking vessels—objects that are both personal and social; these objects are elevated to works of art in their sculptural installation presented in the gallery. For Leibowitz, high is low, low is high; art is personal, personal is art.

Leibowitz has emblazoned these manufactured objects with highly stylized typography ranging from Sampler Stitchery to Art Deco. The “texts” commemorate and morph popular culture, gay iconography and Americana: George Washington Redecorates Mount Vernon; Liza Minelli Lands on the Moon; The Golden Girls Signing the Declaration of Independence; Bette Midler Crossing the Delaware; Oh to Have the Confidence of Ferris Beuller and the Hips of Johnny Depp; Abraham Lincoln’s Friend Sleeps Over.

Cary Leibowitz is an obsessive collector, who believes firmly that “quantity is quality.” With Ye Olde Candyass Muggery, Leibowitz encourages consumption of his objects; for them to be used as functional, dysfunctional, and non-functional objet d’art.

Cary Leibowitz multiples are not for sale by the gallery.