For over five decades, Bowling’s practice has been defined by its integration of autobiography and postcolonial geopolitics into abstraction. Born in British Guiana in 1934, Bowling moved to London in 1953 and studied painting at the Royal College of Art from 1959–62. Emerging at the height of the British Pop movement, his early work emphasized the figure while experimenting with expressive, gestural applications of oil paint.

In 1966, Bowling moved to New York to immerse himself in Post-War American Art. It was in this environment that Bowling became a unifying force for his peers. In 1969, he curated the seminal exhibition 5+1, which featured his work alongside pieces by Melvin Edwards, Al Loving, Jack Whitten, William T. Williams, and Daniel LaRue Johnson. In addition, he was a frequent contributor to art publications, including Arts Magazine where he became a contributing editor and wrote incisive texts on race and artistic production. At the same time, his long friendship and intellectual sparring sessions about painting and politics with the renowned critic Clement Greenberg helped refine his approach to art-making.

After settling in New York, Bowling’s practice shifted towards abstraction. As the art historian Mel Gooding remarks, “for Bowling, the complexities and complications of New York art were compounded by the problematic issues of personal expression and public representation that much occupied the thoughts and discussions of his Black friends and associates in a largely segregated art world.” Concurrent with his move towards abstraction, Bowling sought inventive ways in which to continue incorporating personal content into his work. After producing a series of silk-screened paintings in the mid-1960s that featured autobiographical images from Guiana, in 1967 the artist began his groundbreaking series of Map Paintings (1967–71).

These large-scale chromatic canvases marked a dramatic shift in Bowling’s pictorial language. Featuring continental landmasses spray-painted with stencils, the works reoriented Bowling’s critical approach as he strived to combine an investment in abstract painting with political and personal concerns. As the curator Okwui Enwezor explains, “by staking a ground around the idea that abstraction need not be disunited from content, especially as it intersects cultural experience and historical subject matter, Bowling boldly experimented with diverse modes of building a painted surface.”

In works like False Start (1970), Bowling maps an expansive yet intimate geography. Rejecting the graphic formalism of pure abstraction, he structures these paintings around references to post-colonialism and his own Afro-Caribbean roots. The composition of False Start features outlines of the continents of the Southern Hemisphere—Africa, Australia, and South America—rendered in fleshy tones of white and pink. Through its omission of Europe and North America, the image challenges Western-dominated art historical narratives while drawing attention to the expansive footprint of colonialism and imperialism. Works like False Start “began to decolonize the entire archive of the imperial world picture,” the art historian Kobena Mercer argues. As Mercer expands, through their combination of personal history and geography, a symbol of both home and exile, “[Bowling’s Map Paintings] brushed against the grain of postwar movements that decried oppression in the name of universal Man, opening instead onto a decolonial space of decentering.” Presenting painting as subjective, in False Start, Bowling highlights the fallacy of formalism’s structural autonomy and universalism while constructing a political cartography centered on social and artistic identity.

“To stand then, before the imposing presence of Bowling’s immense, delicately worked, and tactile paintings, with their mists of muted color and scumbled fiery substrates is to be emplaced, to be grounded in a vast presence in which the beholder is able to generate his or her own meaning,” Enwezor states. Speaking to the sociopolitical changes and radical cultural shifts that were reshaping Western postindustrial society, Bowling’s Map Paintings ultimately encourage viewers to reconsider understandings of territory and geography, the colonization and domination of space.

Although Bowling created his last Map Painting in 1971, their influence on his practice continues to this day; their abstracted topographies can be charted onto the layered surfaces of his later works. The Map Paintings have been exhibited internationally at the Tate Modern, London (2017); Haus der Kunst, Munich (2017); Studio Museum Harlem, New York (2016); Dallas Museum of Art (2015); and the Brooklyn Museum, New York, NY (2014), among others. A survey, Mappa Mundi, curated by Okwui Enwezor, is currently on view at the Irish Museum of Modern Art (IMMA) in Dublin and will be traveling to the Sharjah Art Foundation later this year. The Map Paintings are in the collections of the Metropolitan Museum of Art, the Dallas Museum of Art, and the Whitney Museum of American Art. 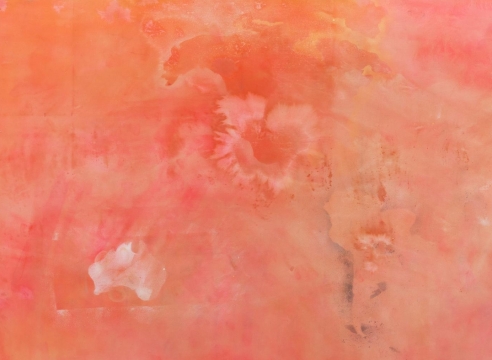