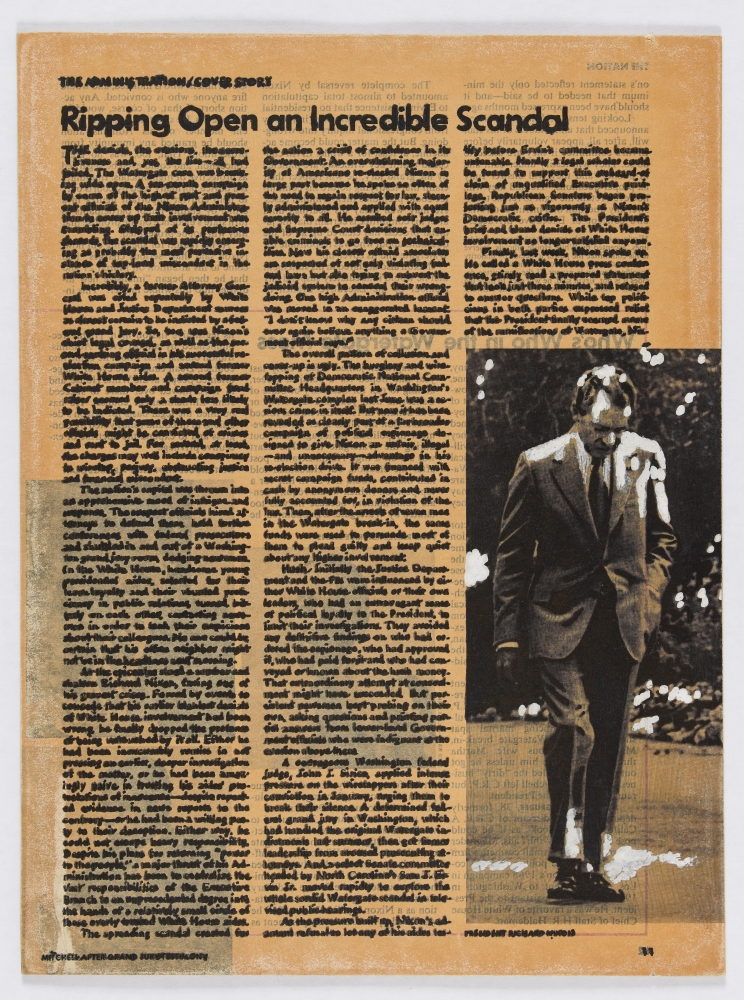 Objects Covered by Their Own Image; Ripping Open an Incredible Scandal, 1973

In the fall, a large exhibition on the so-called Congress for Cultural Freedom will be devoted to questions about the geopolitical and ideological framework of art and its institutional legitimation. The Congress, founded in 1950 in West Berlin, fostered countless cultural bodies and events of the liberal left worldwide. It was not until 1967 that it was revealed to be a CIA-funded element of the strategy to curb communism. The cultural policies carried out in the name of the Congress for Cultural Freedom had an effect, among other things, on the far-reaching shift of the avant-garde from the pre-war art hub of Paris to New York. The non-European activities of the Congress for Cultural Freedom, which also played an important role in anti- and post-colonial contexts, are less well known. These activities will be highlighted by the exhibition. The curators of the exhibition are Anselm Franke, Nida Ghouse, Paz Guevara, and Antonia Majaca.