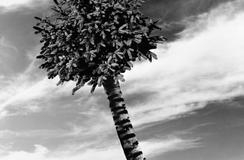 The exhibition will be accompanied by a catalogue with essays by the curators Berta Sichel and Barbara Krulik, as well as texts by Cecilia Alemani, Andil Gosine and the artist.