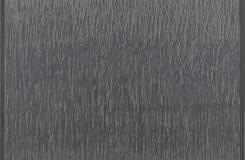 Abstract Expressionism was a phenomenon as diverse and manifold as its makers. The collective label that critic Robert Coates coined in 1946 suggests two polarities: the emotional intensity of German Expressionism and the formal aesthetic of European abstraction. The artists themselves ranged from native New Yorkers to European émigrés; others hailed from the American heartland and the West. However, despite their ethnic and biographical differences, the fledgling Abstract Expressionists shared a common experience. Namely, they lived during the modern age of extremes and catastrophe that encompassed – among other terrible historical events – two World Wars, the Great Depression, the Spanish Civil War, atomic devastation and the ensuing Cold War. By contrast, the United States’ growing status as a global power helped foster a concomitant self-confidence in its burgeoning art world.

Often monumental in scale, a number of the artists were influenced by the experience of painting murals for the New Deal’s Federal Art Project, their works are at times intense, spontaneous and deeply expressive. At others they are more contemplative, presenting large fields of colour that border on the sublime. While the artist expresses their emotions and conveys a sense of their presence in the work, the viewer’s perception is the final component in the mix. Abstract painting “confronts you”, Pollock said in 1950.

It was a watershed moment in the evolution of 20th-century art, yet, remarkably, there has been no major survey in Europe of the movement since 1959. With over 130 paintings, sculptures and photographs from public and private collections across the world, this ambitious exhibition encompasses masterpieces by the most acclaimed American artists associated with the movement, as well as lesser-known but no less vital artists. The selection aims to re-evaluate Abstract Expressionism, recognising that though the subject is often perceived to be unified, in reality it was a highly complex, fluid and many-sided phenomenon.

A catalog will accompany the exhibition.