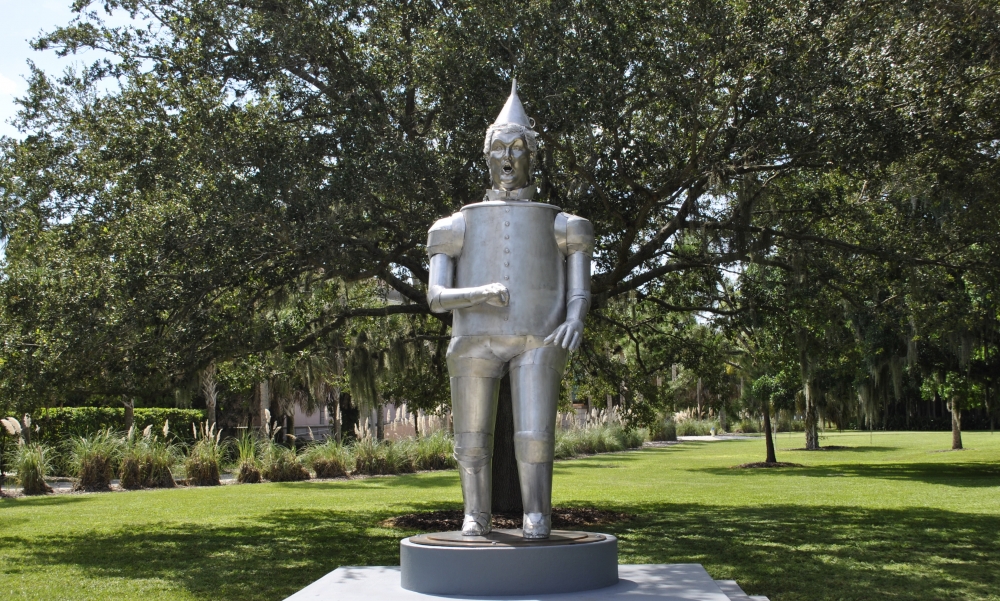 SARASOTA, Fla., June 26, 2018 – A selection of recent video projects by internationally acclaimed interdisciplinary artist and writer Coco Fusco will be on view this fall at The Ringling. Organized by The Ringling, Coco Fusco: Twilight will feature several signature video works, including the world premiere of two new works – one video and one outdoor sculpture – that explore the current political and social climate in Cuba as it transitions to a post-Castro era. Both new works are the result of a commission awarded to Fusco as winner of the 2016 Greenfield Prize at the Hermitage Artist Retreat.

Coco Fusco: Twilight will be on view in The Ringling’s Monda Gallery for Contemporary Art from Oct. 14, 2018, through Feb. 17, 2019. The exhibition is curated by Christopher Jones, associate curator of photography and new media at The Ringling, in partnership with the Hermitage Artist Retreat.

“As one of the most articulate and engaged creative practitioners of our time, Coco Fusco interprets the state of the world in particularly relevant and provocative ways,” said Steven High, executive director of the Ringling. “We look forward to sharing her compelling, insightful work with our diverse audiences as part of The Ringling's ongoing commitment to supporting and presenting contemporary artists.”

Like all of the artist's projects, the videos and sculpture in Coco Fusco: Twilight operate at and examine the intersection of politics and culture. Three videos – La botella al mar de María Elena/The Message in a Bottle from María Elena (2015), La confesión/The Confession (2015) and La Plaza Vacia/The Empty Plaza (2012) – will be shown together in high-definition single-channel video, alongside an installation of Y entonces el mar te habla/And the Sea Will Talk to You (2012).

Twilight will unveil Vivir en junio con la lengua afuera/To live in June with Your Tongue Hanging Out, a new video essay created in response to the realities faced by artists and writers working in Cuba today and a new interactive sculpture by Fusco in collaboration with Chico MacMurtrie entitled Tin Man of the Twenty-First Century – a monumental sculpture which will be installed on the grounds adjacent to the Art Museum. Exhibiting the satirical Tin Man of the Twenty-First Century in concert with Fusco’s work on Cuba as part of Twilight is a powerful reminder of the importance of dissent and freedom of expression in an open, democratic society. “The title of The Ringling’s exhibition reflects the twilight of the Cuban revolution and the anxieties of an uncertain future,” said Jones. “Fusco's deeply informed research and critical discourse on contemporary Cuban culture is essential to understanding the country’s challenges and geopolitical position in 2018.”

Fusco is a prolific and wide-ranging multimedia artist, writer and critic, whose projects have been exhibited and performed at leading biennials, festivals and museums worldwide. She is the recipient of numerous international awards and fellowships, including a 2013 Guggenheim Fellowship and a Herb Alpert Award in the Arts. In 2016, Fusco won the Hermitage Artist Retreat’s Greenfield Prize. She received a bachelor’s degree in semiotics from Brown University, an M.A. in modern thought and Literature from Stanford University and a Ph.D. in art and Visual Culture from Middlesex University in the U.K.

Fusco is the author of Dangerous Moves: Performance and Politics in Cuba (2015), A Field Guide for Female Interrogators (2008) and English is Broken Here: Notes on Cultural Fusion in the Americas (1995), among other volumes.

In 2016 Fusco was named the Andrew Banks Family Endowed Chair and Professor of Art at the University of Florida. She is based in Gainesville, Florida, and New York City.
Several programs and performances organized in conjunction with the exhibition will be announced in the coming months.