Alexander Gray Associates presented its first exhibition of work by Betty Parsons (b.1900, New York City, NY – d.1982, Southold, NY), since recently becoming the representative of the Estate. The exhibition featured work from the early 1920s through 1981, tracing her artistic development from realist sculpture to her experimentation with figuration and abstraction in her painting and sculptural practices. The exhibition was accompanied by a catalogue featuring a newly written essay by curator Abigail Winograd, and a chronology of Parsons' life by Farrar Fitzgerald, archivist for the Betty Parsons Foundation.

Parsons moved to Paris for 10 years beginning in 1923, during which time she studied painting and sculpture at Antoine Bourdelle’s Academie de la Grande Chaumière, alongside Alberto Giacometti. She went on to study sculpture with Ossip Zadkine and watercolor with Arthur Lindsey. Upon her return to the United States, she studied with Alexander Archipenko in Los Angeles before moving to New York in 1935. Throughout her life, she remained an avid traveler, spending time in Africa, Europe, Mexico, Japan, and elsewhere. She meticulously recorded her travels in her journals as diary entries, watercolors and sketches, a selection of which will be on display. She often drew on a sense of place in her work, as in the lush landscapes Aix en Provence (1927) and Celeste Beach, Acapulco Mexico (1940) in which Parsons experimented with non-naturalistic pigment, often incorporating rich purple and teal in undulating strokes. As critic Roberta Smith describes, Parsons “infused her art with a palpable ease and an instinct for color that was further cultivated by years of travel.” Her adeptness as a colorist is also apparent in Parsons’ larger abstract paintings, the scale of which the artist determined was “out of a desire to get a feeling of an expanding world.”

In 1947, Parsons began to paint abstractly; she described this shift as an effort to capture not what a place or event “looked like, but what it made [her] feel.” In the subsequent decades, she referenced sites that resonated with her, without making literal illusions or illustrations. Instead, she aimed to evoke what she characterized as the “sheer energy” of a situation. In some cases, she returned to locations, such as the coast of Maine, frequently and created new paintings each visit based on the shifting atmospheric conditions. Maine (1972) is a deep red vertical composition, with swirling amoebic planes of gold, bordered by rings of the same pastel blue that is applied in patches over the red background. Curator Lawrence Alloway described these renderings as “breathlessly lyrical.” Her thinly painted canvases push the paradigm of flatness in Abstract Expressionism even further than her contemporaries. In many cases she excised lines of paint with the back of her paintbrush, further activating the surface of her compositions. Parsons remained committed to spontaneity and experimentation throughout her life, both as an artist and gallerist. With the Betty Parsons Gallery, which she maintained from 1946 until 1981, she expanded perceptions of art, represented women and artists of color, and was a key force behind the shift that supplanted New York as the center of the art world from Paris. Clement Greenberg lauded her revolutionary contributions, saying “Mrs. Parsons is an artist’s—and a critic’s—gallery: a place where art goes on and is not just shown and sold.”

Parsons explained that her motivation in the studio was a desire to capture “the invisible presence,” a phrase she coined in 1977, which was indicative of her interest in mysticism related to indigenous American art. Her aim to represent pure energy was present in her paintings, assemblages, and diaries. Beginning in 1965, she created painted wooden sculptures, such as African Village (1981), composed of wood elements found during walks on the beach near her studio in Southold, Long Island. As curator Abigail Winograd notes, these geometric assemblages which furthered Parsons’ formal explorations, “are, in some ways, reminiscent of Dada sculpture but also indebted to a lifelong interest in Native American and forms of non-Western artistic practice.”

Parsons serves as a key example of a woman who shaped the canon. Her nearly six decades of luminous paintings were exhibited and sold throughout her lifetime, but were timidly recognized by the art world. Her influence and career as a gallerist has been lauded, yet her oeuvre is deserving of in depth study that reflects her contributions to a key moment in the history of American Art with modes of expression that differed in form and spirit from that of the artists she championed. 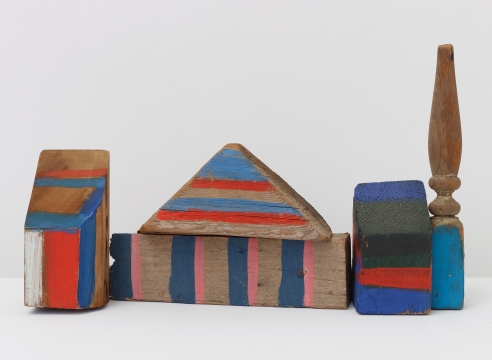 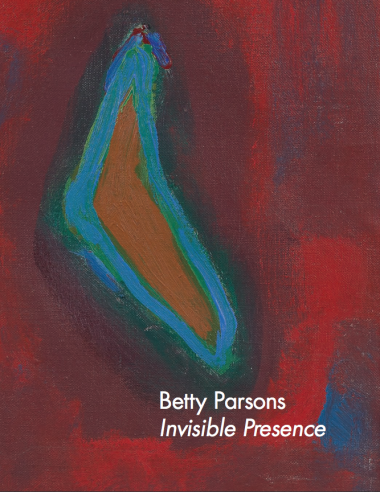